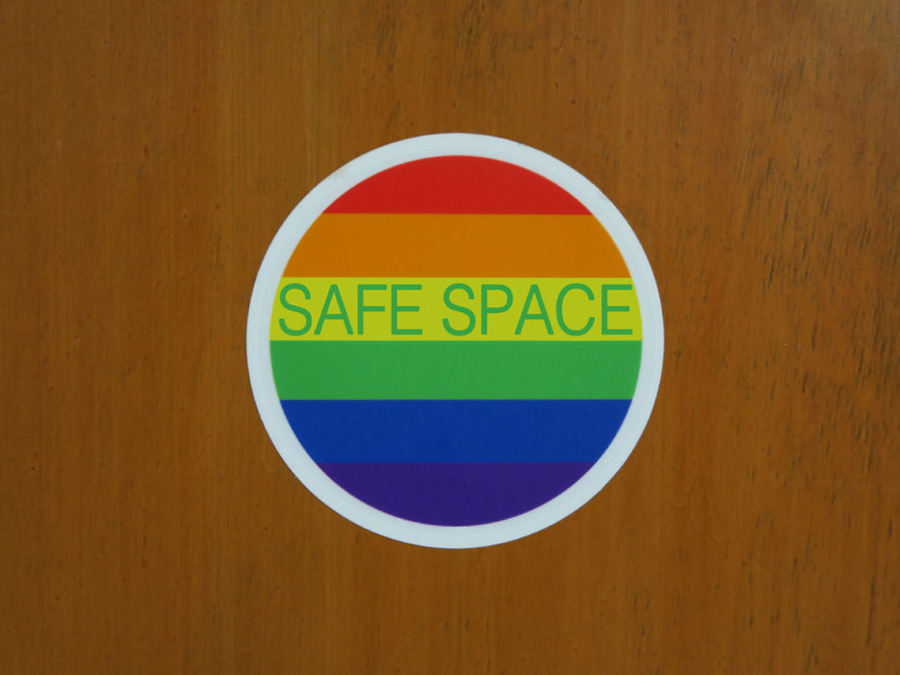 Why is the LGBTQ+ community so over-represented in the youth homeless population?

In the UK, LGBTQ+ young people are more likely to find themselves homeless than their non-LGBT peers, comprising up to 24% of the youth homeless population. Alexis Gregory’s recent play at the Reading Rep Theatre, ‘Safe’, explored the so-far untold stories of homeless and at risk LGBT youth and our Activities Coordinator, Hatty, was part of a panel Q&A after the performance – which discussed the complex issues the LGBTQ+ community faces with regards to homelessness. We sat down with Hatty to find out more.

How did you get involved in this play?

I worked with the Reading Rep Theatre a few times over the years as they have put on workshops like street dance and drama for our clients. At a mental health networking event I met the director of the play, ‘Safe’, and she mentioned this play about the experience of LGBTQ+ homelessness was coming up. They invited me to speak on the panel and that’s how I got involved.

It was a verbatim play written by Alexis Gregory about the experience of four people within the LGBTQ+ community, who had all been homeless. The play was based on interviews that had been conducted with the real people, so the actors were representing them. It was a moving and powerful piece on their journey with their sexuality and their journey through homelessness, which is linked in several ways.

What was the idea of the panel?

To open up discussion with the audience about the links between LGBTQ+ and homelessness, with the help from people on the panel who all had experience within the homelessness sectors or LGBTQ+ organisations. There was someone from SupportU in Reading, someone from Stonewall Housing, I was representing Launchpad and we had a cast member there as well.

What kind of discussions were there on that panel?

The director led discussions and we explored questions – for e.g. how does the LGBTQ+ experience of homelessness differ from non-LGBTQ+ people? Is there a need for services to provide tailored support and what might this look like? The audience were also able to ask questions.

What are the main reasons for homelessness in the LGBTQ+ community?

One of the clearest causes of homelessness within the LGBTQ+ community is that people are still being kicked out of their family homes because of their sexuality. This often happens when people are fairly young and they might not know how to find tenancy or maintain it, or how to manage bills. Alongside this, they often might not have a support network to fall back on. This obviously has an impact on mental health and physical health, and in some cases could then lead to losing your job. Like anyone who is homeless, it’s important to remember that there are usually many contributing factors and there’s a complicated story behind everyone’s situation.

In terms of job loss, the Guardian recently published an article where studies had shown that seven out of ten LGBTQ+ people have been sexually harassed at work. Two thirds of these people did not report it and a quarter of them said it was because they were afraid of being “outed” at work. The Trans community are still facing prejudice from employers and landlords as well – 10% of LGBTQ+ people who were looking for a house or flat to rent or buy in the last year were discriminated against because of their sexual orientation and/or gender identity.

What does Reading do to support people in the LGBTQ+ community who are facing homeless?

There is an amazing organisation called SupportU – they offer a wide range of support, including free counselling, support groups and social groups. At Launchpad we offer everyone housing and homelessness information and support – all people need to do is come by our drop-in service and we can help.

I think it is important to raise awareness within the community of the stark links between LGBTQ+ and homelessness but also give people the opportunity to discuss the issues, like we did at the Q&A. For example, we were asked an interesting question about safe spaces for LGBTQ+ people and whether that is working towards inclusion or not. It was a really good opportunity to explain that you need to have those safe spaces in order to move on. It’s like supported housing – you often can’t move people straight from homelessness into unsupported accommodation . You have to have a support structure which is safe and explicitly protected, and then you can move on as you gain skills and confidence and get the support you need. We absolutely need to talk about all different aspects of homelessness so any opportunity to do that is welcomed as far as we’re concerned at Launchpad!