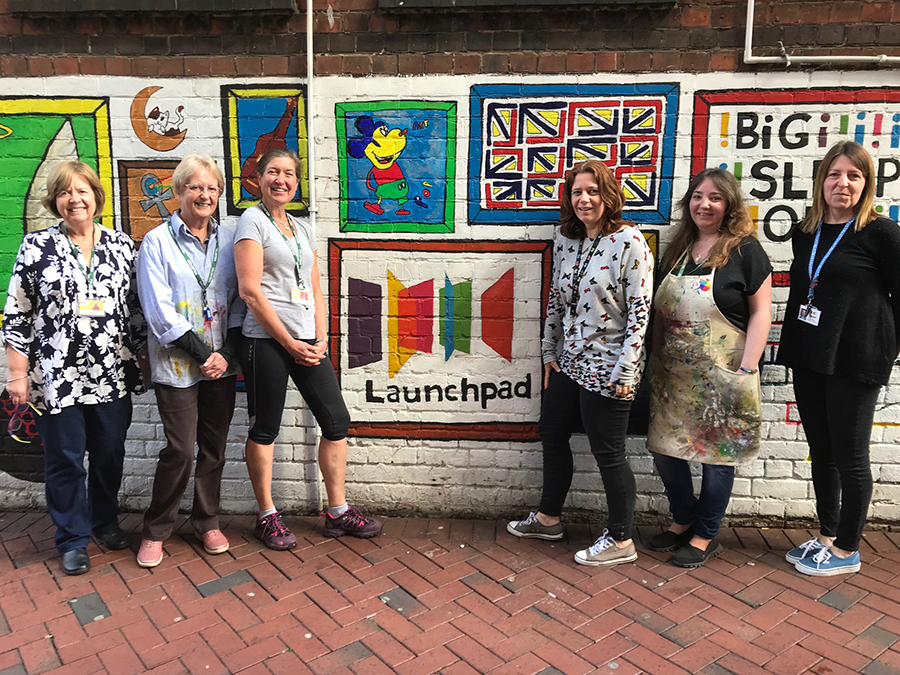 We are delighted to announce that Launchpad’s CEO, Ian Caren, and the charity’s volunteer team have been shortlisted for Third Sector Awards in the Charity Chief Executive and Volunteer Team of the Year categories respectively – and winners will be revealed next month!

The prestigious Third Sector Awards celebrate the outstanding work of charities, not-for-profits and voluntary organisations of all sizes and the difference they make to society, and aim to thank the those in the industry working their hardest to deliver results. Launchpad beat tough competition, with over 300 award entries for 24 categories, and will be joining other shortlisted charities at the awards presentation on Thursday 19 September at the London Marriott Hotel in Grosvenor Square.

Ian has been shortlisted for the Charity Chief Executive award alongside CEOs at Stonewall, Revolving Doors Agency, Clic Sargent and Refugee Action, and was nominated for his remarkable and relentless dedication to the cause of homelessness in Reading. He joined the charity in 2006 and under his leadership, Launchpad has transformed from a small organisation for single homeless men to a multi-disciplinary homelessness prevention charity which last year helped over 1,400 people in crisis in the town. Income has grown from £1.3m in 2006/7 to £3.9m in 2017/18, and staff numbers from 17 to 51.

Our volunteer team are up against Making Space, City Year UK, Trailblazers Mentoring, Imperial Health Charity and The Listening Place for the Volunteer Team of the Year accolade. The team was set up in 2010 and had a total of 20 volunteers and has grown, nine years later, to a team of 130 active volunteers who provide over 7,000 hours of support annually – 85% of which is client-facing. Volunteering roles at Launchpad include providing housing and homelessness-related information and support at Launchpad’s drop-in service; running classes in sewing, art and gardening; helping clients learn how to use computers and search for jobs; counselling; and working in HR, admin and marketing.

Ian Caren, Launchpad’s CEO, said about the shortlists: “We couldn’t be more pleased to receive the news that Launchpad has been shortlisted for two Third Sector Awards! It’s wonderful for Launchpad to get such high praise, and have the hard work and dedication of our staff and volunteers recognised and celebrated so publically.

“For many in a housing crisis in Reading, our volunteers are a welcoming friendly face, a helping hand, a listening ear and a positive influence. They tirelessly dedicate their time to supporting vulnerable people in the town and it’s nothing short of awe inspiring. We simply wouldn’t exist without them and although we’ll have everything crossed at the awards presentation, to us they already are the volunteer team of the year.

“On a personal level, it’s an honour to have even been considered for an award and I feel privileged to be in such great company in the Charity Chief Executive category. I feel incredibly passionate about tackling homelessness in Reading and I’m proud of how far the charity has come – but that is all thanks to a first class team of staff, volunteers and trustees, and the ongoing support and generosity of people who support Launchpad.”

Keep your eyes peeled for the winners on Thursday 19 September – using the hashtag #TSAwards on social media.